Ahmedabad is the largest city in the state of Gujarat, which is a state in India. The state has been declared as India’s First World Heritage City by UNESCO.

The city has emerged as an important economic and industrial hub in India. On top of that, it is the second largest producer of cotton in India, and its stock exchange is the country’s second oldest. Apart from this, the city constitutes many specialties to stand as one of the best places to live in the country.

It has BRTS (bus rapid transit system) which is the best in India. One can easily reach anywhere in a short amount of time as BRTS has separate lanes dedicated for itself. Most of them are air conditioned. There are even ladies only buses!

FOOD: Gujarati food needs no introduction as it is world famous. It includes dhokla, handvo, thepla, muthiya, patra, fafda, jalebi, undhiyu, Gujarati Thai, and many more mouthwatering dishes. On top of that, Ahmedabad is foodie’s heaven for vegetarians

On the other hand, if you are visiting for the first time, there are lots of food options are available like Khau Gali near CEPT, food trucks (meals on wheels), and of course fancy restaurants, Dominos, KFC, etc. are common.

SAFTEY: Ahmedabad (probably Gujarat) is one of the safest places to live in India. Here, one can find girls or ladies on roads those who are going back to home from office or shopping malls even at midnight around 1–2 am without any fear. The crime rate is pretty low. Since Gujarat is a dry state (that means sale and consumption of alcohol are illegal), the crime rate is pretty low.

TOURISM: Ahmedabad has been declared as a World Heritage City! So there are lots of heritage monuments one can visit:-

FESTIVALS: Gujarat is known for festivals and so Ahmedabad. Following major festivals were celebrated with a lot of enthusiasm and devotion by the natives!

SHOPPING: Ahmadabad is a shopper’s paradise! There are so many locales from where a person can buy traditional as well as western clothes and shopping stuff.

Want to visit Ahmadabad for this weekend or planning it as your next tour, contact TripTyme to get the best holiday package.

Triptyme
TripTyme is an acclaimed travel agency, providing end-to-end travel services for vacations, business travels, and educational trips.
Previous postThree top Reasons why you need to Visit Dubai – The Modern Arabia
Next postSave Your Money and Time with these Powerful Travel Hacks 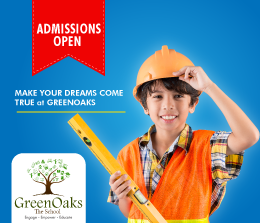